An ongoing research emphasis at UMBS centers on understanding how disturbance in aging forests affects carbon storage. Ten years ago, the Station initiated a program called the Forest Accelerated Succession Experiment (FASET) to investigate the impact of forest aging and moderate disturbance on carbon storage and other elements of biogeochemical cycling. In this work, early successional canopy trees were killed by stem “girdling” (removing bands of bark) to mimic the natural changes that take place when forests age or are impacted by wind, insect damage, and other increasingly common stressors. Contrary to expectations, researchers found that forest carbon storage was sustained despite tree mortality in up to 60% of the population, a result that contradicts long-held ecological views that forest production and carbon storage decline with age as shorter-lived trees die. Instead, UMBS researchers theorize that this more moderate disturbance might counterintuitively increase the canopy structural complexity and thereby improve – to a point – how efficiently resources are used to drive forest production and carbon storage.

These results have very important implications for forest management and suggest a need for replicated, manipulative experiments with controls to more specifically investigate the responses of carbon fluxes to different levels of disturbance. Such work would allow for the identification of the specific mechanisms supporting the observed forest resilience following disturbance and would provide valuable information to test how well different computer models reproduce behavior actually observed in the forest.

To close these knowledge gaps, Primary Investigators Chris Gough (Virginia Commonwealth University) and Ben Bond-Lamberty (Pacific Northwest National Laboratory) have recently launched new experiments at the Biological Station to better assess the functioning changes in a mature northern temperate forest in response to a range of disturbance. In this new program, called the Forest Resilience Threshold Experiment (FoRTE), Gough and Bond-Lamberty are girdling trees in a range of 45 to 85 percent in a series of experimental plots in the forest. More about FoRTE. 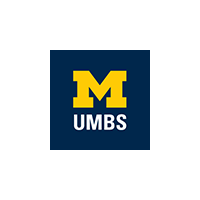